Exclusive: This is Huawei’s Answer to Google Assistant and Alexa for the Chinese Market

The world of virtual assistants is dominated by two names: Amazon and Google. In Q3 2017, the Amazon Echo and Google Home devices dominated at a staggering 92% market share, according to Strategy Analytics. Other notable competitors in this space include Samsung with Bixby Assistant and Apple with Siri, but their market penetration pales in comparison to Amazon and Google. Even telecommunication giants such as Huawei have struggled to compete in this space, and Huawei in particular has resigned itself to only focusing on the Chinese market.

Indeed, speaking last year at the Consumer Electronics Show, CEO of Huawei Technologies Consumer Business Group Richard Yu told The Verge that the company had no plans to pursue a virtual assistant in international markets.

“Today, Amazon and Google are stronger than us; Alexa and Google Assistant are better. How can we compete?” – Richard Yu, CEO Huawei Technologies Consumer Business Group speaking to The Verge

In a separate report, sources speaking under anonymity to Bloomberg told the publication that Huawei is developing its own voice assistant for smartphones—but only for the Chinese market. The report had few details to offer at the time, but mentioned that the voice assistant would be designed to compete with Apple’s Siri, Google Assistant, and Amazon Alexa.

Since the time of this publication, we have not heard further details about Huawei’s assistant, however, XDA-Developers has obtained access to Huawei’s HiAssistant and HiAI applications from firmware files taken from the Chinese Huawei Mate 10’s EMUI 8.1 release based on Android 8.1 Oreo.

The following information is based on firmware files obtained by @FunkyHuawei, the man behind the FunkyHuawei.club service, which allows users to update, unbrick, or rebrand Huawei and Honor phones for a fee. He has provided access to these firmware files exclusively to XDA-Developers.

For their smartphones sold in the Chinese region, Huawei pre-installs an application called “HiVoice.” The app offers very basic controls over your smartphone such as asking where it is and placing a phone call, so it isn’t as sophisticated as other virtual assistants. That is looking to change, however, as Huawei’s work on its Neural Processing Unit (NPU) on the HiSilicon Kirin 970 will finally pay off. The company has longed touted the SoC’s AI capabilities, but apart from some basic scene recognition in the EMUI camera app, we haven’t seen the fruits of their work.

Within the latest Chinese builds for the Huawei Mate 10 Pro, Huawei’s HiAssistant application, powered by the HiAI Mobile Computing platform, gives us hints about the full capabilities of the upcoming virtual assistant. Based on what we’re seeing, it appears that the platform will offer features to compete with not only Google Assistant and Amazon Alexa, but also Google Lens and Samsung Bixby.

A major focus of HiAssistant will be its Natural Language Understanding (NLU) capabilities. NLU refers to the ways in which a machine is able to interpret unstructured sentences from human input. Whereas a person can effectively communicate with another person despite mispronunciations, colloquialisms, and other quirks of speech, a machine generally requires structured input in order to understand the intention of the command.

Creating an effective NLU system will solve one of the largest frustrations with voice assistants, as it would allow users to speak to assistants without learning precise phrases to achieve a desired outcome. While we can’t say how effective Huawei’s implementation is (we do not have HiAssistant running on a live device nor do we speak one of the Chinese languages it supports), references to NLU are littered throughout the code so we assume that is a major focus for the technology.

First of all, it is clear that HiAssistant will only be available for users in China, and only on Huawei devices with the Kirin 970 running EMUI 8.1. We have examined the firmware files for an international build of EMUI 8.1 for the Huawei P20 and P20 Plus and could not find these applications. Furthermore, when examining the firmware for the Chinese Huawei Mate 10 on EMUI 8.0, the HiAssistant was similarly not available. Finally, the HiAI service is restricted to the Kirin 970 (as it taps into its NPU), and thus will not be made available on other Kirin devices.

The latest version of Huawei’s EMUI (Emotion UI) is currently available as version 8.0 for a handful of its devices. Version 8.1 will soon be made available, likely with the release of the upcoming Huawei P20 series, and it will add to the already enormous number of features available in EMUI. Like Samsung Bixby, HiAssistant will allow the user to control nearly every setting on the device with their voice.

The list of device settings that can be controlled is too massive for me to list, so I will post screenshots of all of the constants in the HiAssistant app that reference available settings to control. In general, you should expect to control not only all basic hardware functions (Bluetooth, NFC, Wi-Fi) but also all software functions as well (auto-rotation, night mode, volume levels, display color temperature, glove mode, location settings, hotspot/mobile data, etc.) 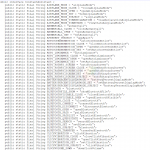 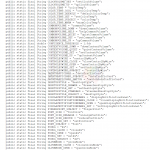 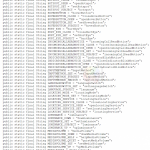 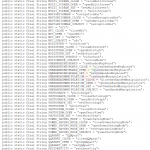 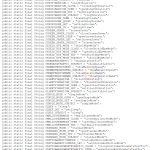 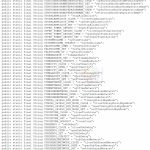 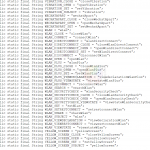 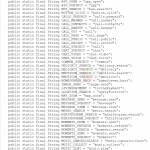 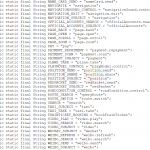 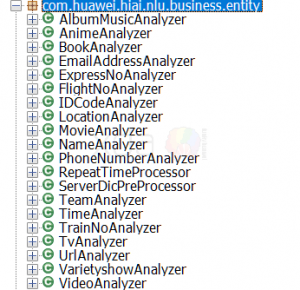 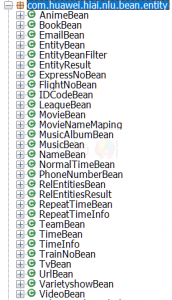 Without getting into too many details, how these analyzers work after NLU processing is through a series of complicated regular expressions (regex). For example, here’s a snippet of code from the Anime analyzer method.

There are several integrations mentioned in Huawei’s Assistant, though notably one of the biggest seems to be the ability to send payments to several of China’s major banks straight from the app.

Lastly, Huawei will offer a set of features that reminds us of Google Lens. Called HiVision, it will be able to recognize categories of objects such as food, passports, people, accessories, animals, appliances, tools, toys, vehicles, etc. The HiAI Mobile Computing platform will allow third-party apps to use its scene recognition to recognize the beach, bicycles, cars, cats, dogs, fireworks, flowers, and more. Finally, HiVision can also read barcodes, text, and more much like Google Lens. 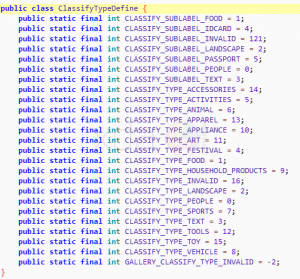 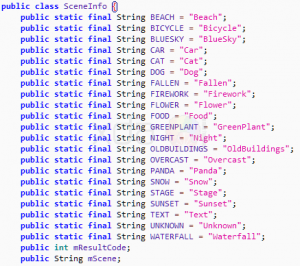 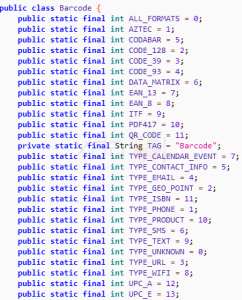 Judging by these set of features (which, again, we have been unable to properly test), it’s clear that Huawei is aiming to make a proper competitor to Google Assistant, Amazon Alexa, and Apple Siri—at least in China. HiAssistant will not only offer near total control of the smartphone, but also integrates with numerous popular Chinese services in order to simplify the life of a Chinese citizen.

It’s unclear whether Huawei’s efforts here will translate in any way to a potential international release, as Huawei seems content to work with Amazon and Google in international markets. If I spoke Mandarin, I would love to test Huawei’s HiAssistant and HiVoice out, but sadly we won’t know how effective the virtual assistant is until EMUI 8.1 is made official and users in China have a chance to test it out.