It’s been a big week for the Android community as Google has just wrapped up their annual developer festival at the Shoreline Amphitheatre in Mountain View, California. Over the last three days we have learned about new technologies that the company is working on, some new features headed to Google apps and services, and have been digging through the new developer preview for Android P. The first developer preview included a new application called Google Markup that allows you to select “Edit” from the screenshot notification. Markup is in the 2nd developer preview as well and it has been backported to work on older versions of Android.

The basic functionality of capturing and saving a screenshot has been present in Android for years. Over time, various OEMs have added additional functionality to this basic screenshot feature. For example, some companies let you capture a scrolling screenshot of those long apps and websites. Another useful addition we have seen is the ability to edit and markup a screenshot after it has been captured. This is great for those times when you need to crop, highlight, or censor out part of the screenshot. 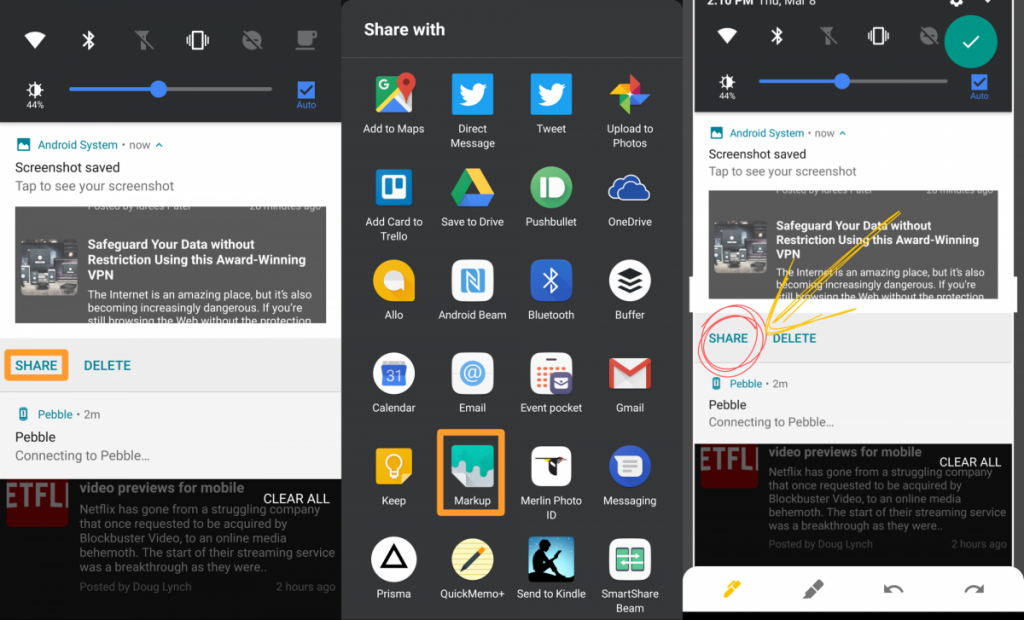 With the second developer preview of Android P for Pixel devices, Google has included an application called Google Markup that can be triggered by tapping the Edit button in the notification after capturing a screenshot. Sadly though, this application isn’t officially available for older versions of Android. However, thanks to the work from XDA Recognized Developer and Contributor  Quinny899 we now have a backport of Google Markup that can be installed on older versions of Android as a regular application.

These older versions of Android can’t modify the screenshot notification, so we have to trigger it a different way. After a screenshot has been captured, you’ll want to tap the share button and then select the Google Markup application. You’ll then be able to crop and do some simple editing with Google’s new application