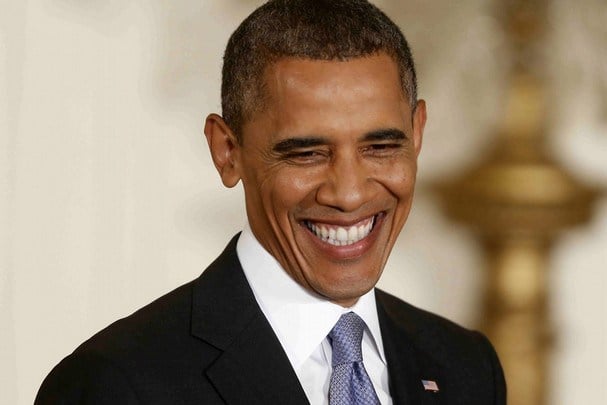 
Stay happy always or how to be happy always? To answer this question about how to be happy always? or Stay happy always? though, we’re going to need to better define our terms. I’m going to use the word “happiness“ as a positive emotion that is experienced when things go well for us. For example, seeing a cute kettle on the street might make you happy; that person you had a crush on or your spouse/lover paying you special attention might make you happy; doing well on an exam or performance or seeing a nutritious food on dining table makes you happy. There are many other ways to be happy. In America, for several decades people have pursued the question, how to  HAPPY? or Stay happy always? Some people think pursuing the answer to this question will give the “meaning of life.” However, this is the wrong question. Happiness is only an emotional state triggered by events. It feels good, but it is fleeting. After some time, the happiness fades. Wanting to always feel happy is an attachment to a drug, like the heroin addict always wanting the next high: each dose of happiness feels very good, but it’s short-lived and leaves the addict wanting the next hit, Stay happy always here are some tips;

In contrast, there’s another mental state. I’m going to use the word “non-being” to denote this mental state, though this might sound like jargon at the moment. I’ll try to explain it, but actually, I don’t know enough to know how to put a definition to it. Instead, I’ll give examples of what being in the perspective of the mental state of “non-being” is like.

When other people praise us (or, for example, when they like us, or give us validation, or tell us we’re cool, or tell us we’re popular, or smile at us, or are warm and friendly to us), we might feel good (and happy). Let’s say we do. However, there’s something interesting here: nothing about us has fundamentally changed. Likely, we were the same person we were 5 minutes ago before they gave us that praise and validation. Their praise does not change who we are fundamental; it does not “affect our nature”. It was only our own perceptions in our mind that tied their praise to feeling good, that gave us a temporary “hit” of emotion.
Someone in the state of “non-being” would indeed feel happy and warm and fuzzy at praise, but then let it go when the feeling naturally ends. They wouldn’t cling on to needing this fix of happiness that praise brought, and wouldn’t be swayed by what they were doing because of it.

This analogy holds for success as well. You can tell many people on Quora really want to be successful because there are so many questions asking how to be happy always? or Stay happy always? and to be successful. “What’s it like being rich? Beautiful? Attend a prestigious school? In a fulfilling relationship?”
“How did you make your first million?” Or put in other words, “How can I make my first million?”

Those big goals are what I call “big successes.” But we can also talk about what I’m going to call “small successes”: for your startup, you found a co-founder (success!) You raised a few million in VC funding (success!) You are doing enormously better than last year in revenue (success!) You excited for a bajillion dollars (success!) These small steps feel good, but what’s to say that they are really successes? What if you are wrong in your estimate of your co-founder and they actually don’t have any of the great traits to help you on your startup, and you don’t know it? What if a few million in VC funding was nothing and you really needed to raise much more than that? These “small successes” might give pleasure, but aren’t necessarily successes. They shouldn’t alter your course or who you are.

The reverse of the above is true for blame and failure. When people are mean to you, or blame you for something, or are aggressive toward you, or reject you, etc: someone in “non-being” looks inside and realizes that those actions don’t change who they are. They might feel temporarily startled, but let it pass. In fact, often times it’s because the people blaming you are actually not in “non-being” that they are blaming you! They might be a people-pleaser who is too attached to needing praise from other people, and perhaps you accidentally didn’t give them that praise, and they are lashing out in anger. That has nothing to do with your fundamental state though.

Failure is the same. Who defines failure? Much of what we might deem as failures in our lives actually aren’t failures. Perhaps we were just brought up with the conditioning from bigger figures (parents, teachers, adults) that certain things are failures and should bring shame, humiliation, resentment, sadness, discouragement. How do you really know it’s “failure” though– because someone else said so? Because someone blamed you? Because lots of people blamed you? Because everyone else is pointing at and laughing and excluding you?

Someone in “non-being” wouldn’t let this label of “failure” be applied to what they do, and just continue on their way (internally… though they’d obviously deal with the external situation if everyone else was laughing at them).

“Success” and “failure” are just often false distinctions, words that are empty and don’t really have to mean, but these concepts have the potential to hurt us if we’re confused about them, and I don’t want you to be hurt.

So perhaps someone in “non-being” casually monitors their thoughts and emotions. You see your thoughts rise and fall and your emotions come and go, naturally, without being too attached to the pleasure or too averse to the pain. Emotionally, you’re not like an addict, who feels that pleasure is good, but then craves more and more. You’re not like the emotionally detached person, who feels that pain is bad, but then tries to close off or avoid the pain, sorrow, and hurt that they feel–that just makes them numb and decreases their ability to connect with people and things around them.

Mentally, you observe the labels and thoughts that come up in your mind, their associations, and the conclusions you come up with. You realize that some of the labels make false distinctions, or are meaningless labels, or just aren’t quite right. You develop a kind of self-awareness, of what you think, how you feel, what you say, what you do, how you react to people, what habits you’re building over time.

It seems like a bit of effort at first, for some people, who aren’t used to it. Sometimes it’s tricky because a lot of emotional responses and thought systems are patterns that we’ve had for years, decades, or most of our whole lives. But as a result, you aren’t bound by false ideas of happiness or sadness anymore; you aren’t attached and addicted to pleasure or avoidant and closed off to pain, and you are just normal and content.